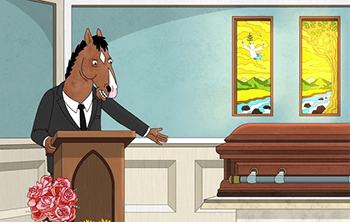 "My mom died and all I got was a free churro."

BoJack delivers a eulogy at his mother's funeral.