No Celebrities Were Harmed / Comic Books 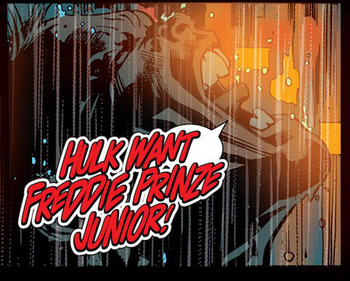 Don't worry for Freddie Prinze Jr., The Ultimates will save him!