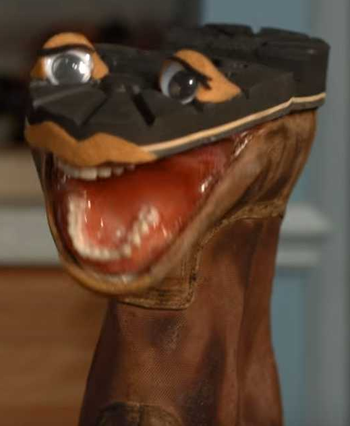 Who knew that a simple show about a guy from New York and his robot bird could be so terrifying?