Moments subpages are Spoilers Off. 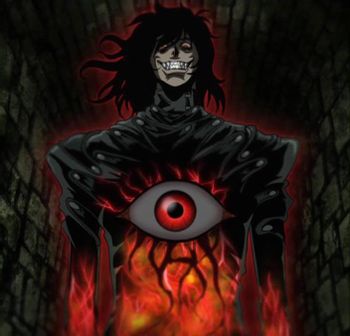 Well, seeing as how this is Hellsing we're talking about, this is going to take a little while. Alright buckle up, let's get the ball rolling...