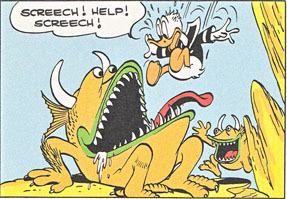 These Disney comics have plentiful. Some examples: