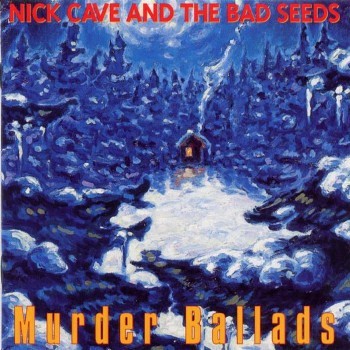 Murder Ballads is a 1996 album by Nick Cave and the Bad Seeds, which is the biggest commercial success in the band's career. Cave's duet with Kylie Minogue, "Where The Wild Roses Grow", became an international hit, though a Black Sheep Hit at the same time as Cave felt its soothing performance, despite the Lyrical Dissonance of the topic, was not representative of the rest of the album. When the song won an MTV Music Award the singer politely declined accepting the prize as he felt: "I don't believe art should be rated."

Where The Wild Tropes Grow