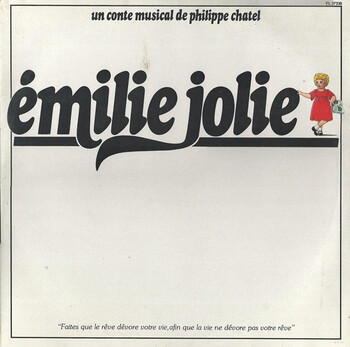 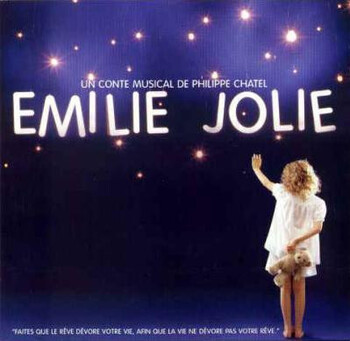 Émilie Jolie is a "musical tale" conceived by French Singer-Songwriter Philippe Chatel in 1979. First released as an album, it went on to be adapted into a TV Special, a musical and an animated film.

Written in dedication to Chatel's daughter (who is also named Émilie), the story is about the titular character who is alone in her room at night and reads a picture book. Accompanied by The Narrator (and The Clock in the 1998 version), she discovers various characters, notably The Witch who is longing for a Charming Prince. Émilie sets out to find him by turning the pages and discovering a variety of characters.

The first version of the tale includes a wide cast of French Chanson musical artists, including Henri Salvador, Françoise Hardy, Julien Clerc, Robert Charlebois, and other contemporaries. Phillipe Chatel would re-record the album in 1998 with a different cast of artists, new characters and different arrangements.

It is now known as one of France' most famous musicals and Phillippe Chatel's Magnum Opus.

Tracklist (italicized songs are exclusive to the 1998 album)

This musical tale provides examples of: