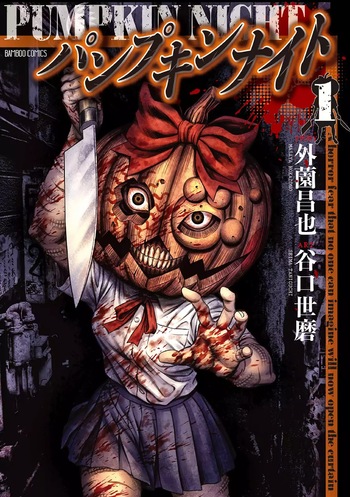 Pumpkin Night has followed you

Pumpkin Night is a horror manga by Masaya Hokazono and Seima Taniguchi.

The manga follows a deranged girl who adopts the name "Pumpkin Night" when she escapes from a mental hospital by killing all the nurses and patients. She goes out in the world, seeking bloody vengeance against a group of teenagers who played a prank on her and ruined her life back in middle school.