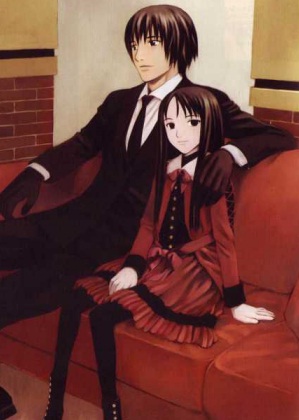 Blood Alone is a manga by Masayuki Takano. It was serialized from 2005 to 2014, starting its run in the shonen magazine Dengeki Daioh but later moving to the seinen magazine Evening.

Former vampire hunter Kuroe Kurose is leading a very different life these days. Despite vampires having killed his Hunter sister and accidentally granting him immunity to their glamour, he happened upon a young girl named Misaki who had been freshly turned into a vampire. Settling down and becoming a novelist and private investigator, he has adopted her and is trying to help her from succumbing to the Enemy Within.