Manga / Aka Akatoretachi no Monogatari 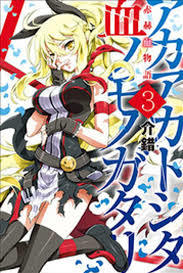 Aka Akatoretachi no Monogatari (Red Blood Red Legacy) is a manga by Kaishaku released in 2014. It is completed at 103 chapters.

Itsuki and Hayato, two adoptive brothers who grew up in a village nestled deep in the mountains, set out to hunt down a wolf that has been attacking the livestock of the village.

Itsuki is about to go in for the kill when a gigantic beast appears out of nowhere, snatching up the wolf in its jaws and sucking the life out of it.

The beast that stared Itsuki down was a gargantuan, blood-sucking vampire deer…