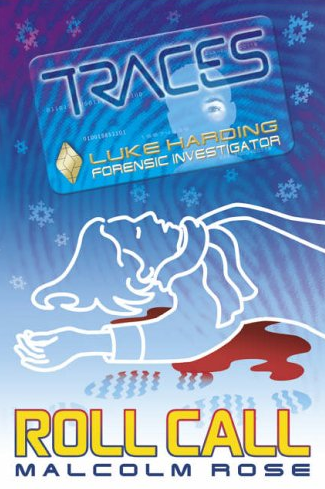 Traces is a series of seven Science Fiction crime novels by Malcolm Rose. They center around sixteen-year-old Forensic Investigator Luke Harding and his partner in law, the Mobile Aid to Law and Crime (or Malc for short), as they solve crimes in an alternate England where blacks are the majority race and the southern parts of the country are derelict slums.

The series starts with Luke passing his FI examination, only to quickly be thrust into his first case when a series of murders occur in the school that all seem to point to him being the perpetrator. After solving the case, he's stationed in London due to the abundance of crimes in the South, which puts pressure on his already forbidden relationship with Love Interest Jade Vernon.

The final book in the series, Murder Club, was released as an e-book in 2013.