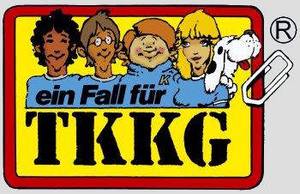 A German childrens' detective series, and lately, a series of video-games as well. It is one of the most popular kid detective series in Germany, along with The Three Investigators. The title refers to the initials of the four main characters, Tarzan/Tim, Karl, Klößchen, and Gabi.