Literature / Lord of the Clans 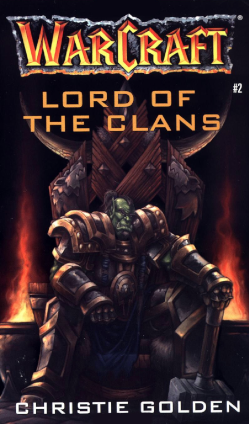 Warcraft: Lord of the Clans is a novel by Christie Golden based in Blizzard Entertainment's Warcraft Universe. It was published by Pocket Books. The story of the novel was originally going to be used in the adventure game Warcraft Adventures: Lord of the Clans until it was canceled. It is the second book released in the Warcraft Universe after Warcraft: Day of the Dragon. It is part of the Warcraft Expanded Universe.

The book tells the tale of Thrall, a young orc orphaned by assassins who kill both his parents. After being found by a human named Blackmoore, Thrall is taken to his castle, where he is raised to fight in gladitorial games to earn the alcoholic Blackmoore money. After escaping the castle with the help of a human girl, Taretha, Thrall travels to reunite the orcs.