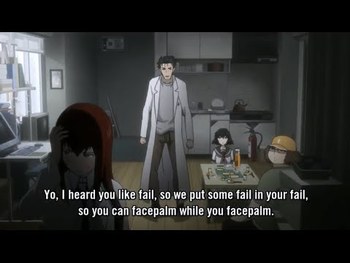 It's not the easiest day in your life when you can't even hide your peculiar interests from everyone else.
As a Moments subpage, all spoilers are unmarked as per policy. You Have Been Warned.