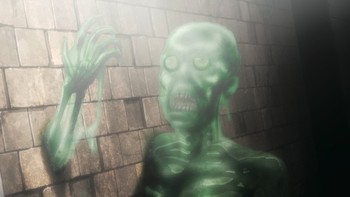 Judging from the picture on this page alone, it is more than obvious that time travel is never as grand as it sounds. History changing aside, physical and mental repercussions may also entail to those who tread into the realm of time travel without much thought. Not to mention some other parties who wish to use the time travel for their own nefarious purposes...

open/close all folders
Visual Novel and Anime
My Darling's Embrace