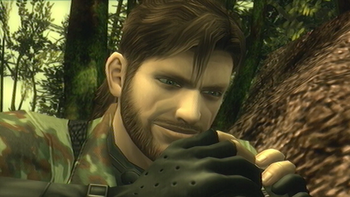 Likely also your face when you and Snake find out there's a beehive over a Mook.