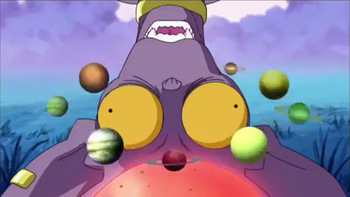 Despite this being the darkest arc that Dragon Ball has ever seen, that doesn't stop it from having its fair share of hilarity.