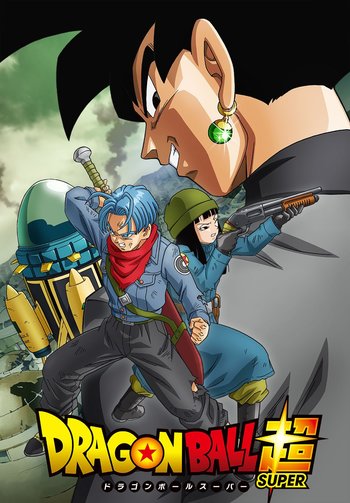 The Future Trunks Arc (“未来”トランクス編, "Mirai" Torankusu Hen), also referred to as the Rebellious Zamasu Arc, Goku Black Arc, or Fused Zamasu Arc depending on the point of emphasis, is the fifth story arc or fourth major arc in the Dragon Ball Super series, and the second appearance of Future Trunks in the anime and manga of Dragon Ball.

Future Trunks returns and his home is once again being destroyed by a powerful foe, but this one looks really familiar.