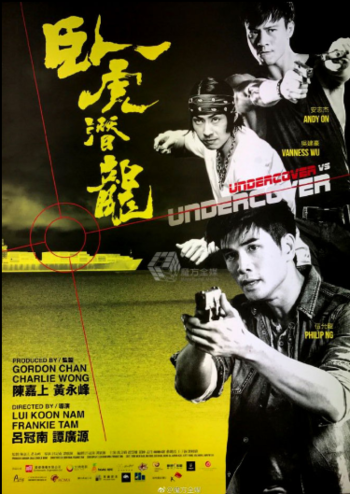 Undercover vs. Undercover, also known as Crouching Tiger, Undercover Dragon or Undercover Punch and Gun is a 2019 crime drama and action film starring Philip Ng, Vaness Wu, and Andy On. The movie pays homage to old-school John Woo with its action scenes, as well as having a plot similar to early 2000s police dramas, such as the Infernal Affairs and Colour of the Truth movies.

Hsiao-wu is an undercover cop investigating a meth-producing syndicate, but after a botched mission which leaves everyone except him dead, he ends up being a suspect of selling out his own police unit. When he ends up being ambushed and knocked unconscious, before waking up in a shipping freighter in the middle of the ocean, Hsiao-wu will have to figure out how to escape before all hell breaks loose.