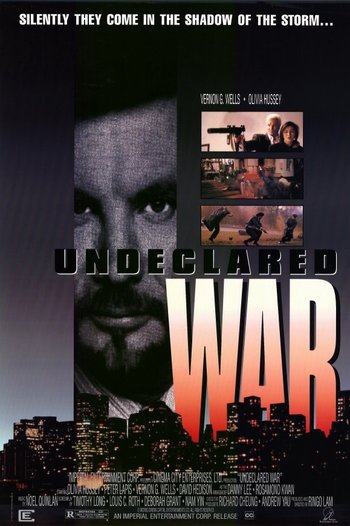 Hannibal (Wells), a terrorist mastermind, has launched a deadly attack on Warsaw, killing an American ambassador and his family and dozens of innocent people, and is planning his next target, a diplomatic conference about to be held in Hong Kong. CIA Agent Gary Redner (Lapis), who is the brother of the deceased diplomat, volunteers for the case, but against his will, he is paired with Inspector Lee Ting-bong (Danny Lee) of the Royal Hong Kong police. Both Redner and Bong, despite an uneasy start, have to eventually put their differences aside to stop Hannibal.

Notably the first of Ringo Lam's movies made with a high budget and with an International audience in mind, and actually pre-dates Rush Hour by eight years when it comes to the "Asian kung-fu super-cop teaming up with American Detective despite language barrier and differences" premise.