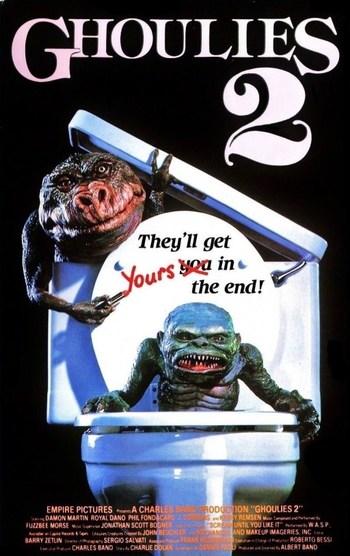 The second Ghoulies film, released in 1988.

Ghoulies move into a carnival, and make a horror funhouse into their home. Their presence is good for the carnival at first, until they start killing people.