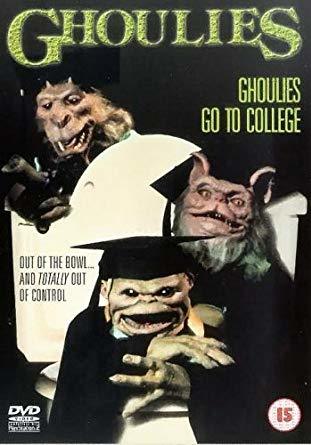 The third Ghoulies film, released in 1991.

A college professor tries out some occult spell and summons the ghoulies. The things then start causing mayhem across the campus ground.