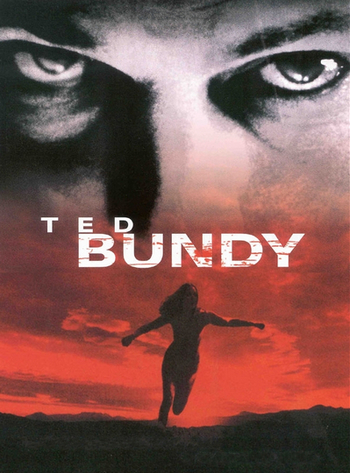 Ted Bundy is a 2002 film about the notorious American serial killer, who rampaged across the country from Washington to Florida from 1974 to 1978. Michael Reilly Burke plays Bundy, and Boti Bliss plays his girlfriend Lee. Features an insanely Anvilicious ending.