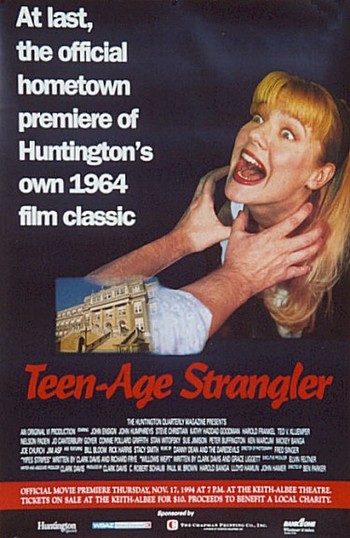 Teen-Age Strangler is a 1964 horror picture set and filmed in the city of Huntington, West Virginia. There's a mysterious killer targeting young(ish) women by strangling them, leaving their bodies in the open and marking their foreheads with lipstick.

Said killer has also appropriated one of the club jackets from a local drag-racing gang, leading to the protagonist Jimmy being framed for the murders at first. Eventually, suspicion drifts to other members of the gang, until the real killer is found.

The movie is punctuated with a musical number in the middle named "Yipe Stripes."