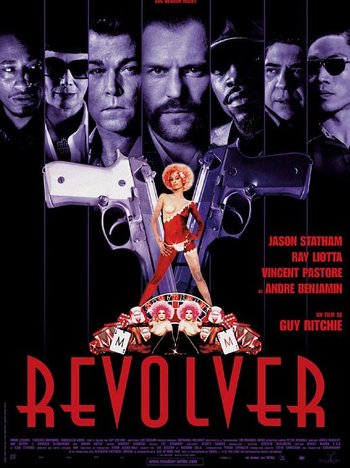 "You can only become smarter by playing a smarter opponent."
Advertisement:

Revolver is a 2005 psychological thriller by Guy Ritchie.

Two years after getting out of prison, Jake Green (Jason Statham) seeks revenge on the casino boss who put him there. The boss orders his assassination, but Green is saved by two mysterious loan sharks. Massive Mind Screw ensues.

Has nothing to do with the Beatles album of the same name.