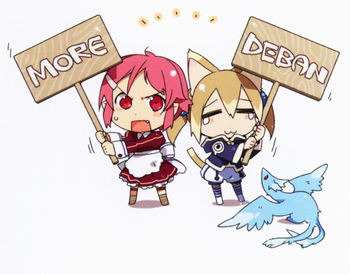 More Deban for the fan favorite girls! (deban means "screentime")
Due to the Loads and Loads of Characters present in Sword Art Online, it's unsurprising that several minor and unimportant characters became fan favorites.