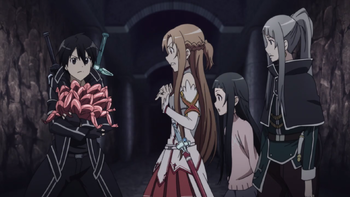 Don't even think about it, Kirito-kun! 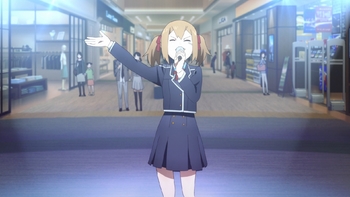 Hey everyone, our little singer, Silica.