Characters / Tales Of Vesperia Everyone Else 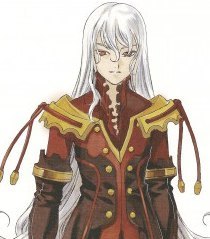 A mysterious man who knows a lot about the aer and the Entelexeia.

A massive Entelexeia embodying the elements of earth and water.

A dear friend of Duke's from the Great War. He was a powerful Entelexeia who advocated living with humans. Though he and Duke fought together during the Great War, the Empire feared his power and murdered him in the aftermath. His grave lies on Ehmead Hill.

The first mate of the pirate guild Siren's Fang, and an important figure in Patty's backstory (and as such, like her, he only appears in the PS3 version and Definitive Edition). 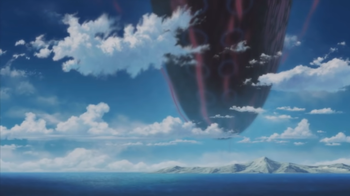 The Cataclysm from eons past, the Adaphagos is a massive octopus-like creature made up entirely of aer and the physical embodiment of blastia overuse. It was sealed away by the Children of the Full Moon at Zaude until Alexei inadvertently deactivates the barrier keeping it at bay, allowing it to seep into the world. It threatens all life on Terca Lumireis.

Hermes
A blastia researcher who worked closely with the knights.