The Guilds are groups of people or organizations formed by people disillusioned with The Empire, who then proceeded to expatriate themselves to form places that they can belong to based on their code of ethics. Approximately ninety percent of all guilds are part of the Guild Union.

The Guild Union, the Union for short, is as the name implies, an association of guilds that act as a form of political representatives to discuss matters with themselves and The Empire as diplomatically as possible. The leaders of the Union are the heads of the Five Master Guilds, the five greatest guilds among the Union which include: Altosk, Fortune's Market, the Soul Smiths, the Blood Alliance, and Ruin's Gate.

However, some guilds are not part of the Union. Pallastralle, led by Belius is one such guild, as are the Hunting Blades as well as the eponymous Brave Vesperia. 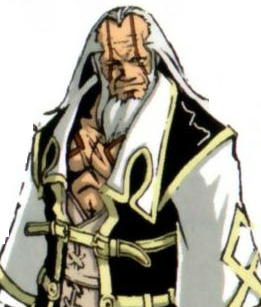 The head of the Guild Union and Karol's hero. Old friends with the leader of Nordopolica, Belius.

The cunning, much-beloved leader of the guild city of Nordopolica, and close friend to Don Whitehorse. 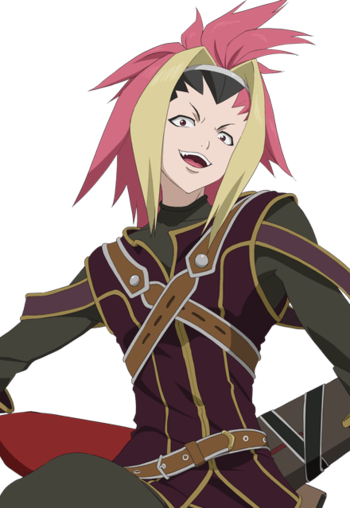 A psychotic assassin that is working for Leviathan's Claw who grows increasingly obsessed with Yuri as the game goes on.

The leader of Leviathan's Claw, a guild that specializes in assassination and illegal Blastia distribution. In the English version, he speaks with a German accent, while in the Japanese version, he uses Gratuitous English. 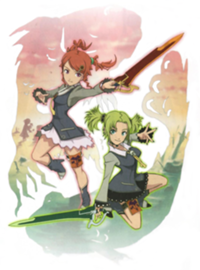 A pair of young twins who serve as Yeager's bodyguards. 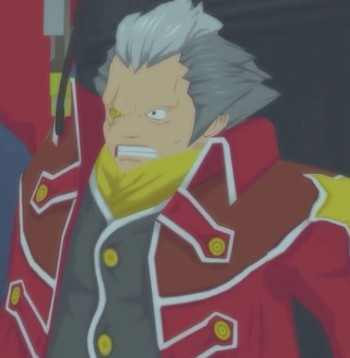 The head of the Blood Alliance, a powerful mercenary guild behind the string of blastia core thefts that kicks off the story. He is collaborating with Ragou, but it's clear Barbos is using him for his own ends. 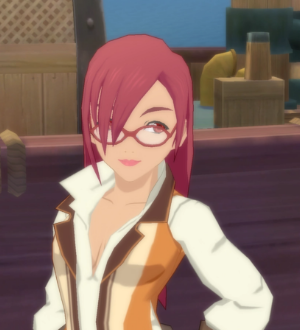 The head of Fortune's Market, an extremely successful merchant's guild and one of the five master guilds. A shrewd businesswoman, she is not above taking risks to expand her company and is one of the few guild leaders willing to do business with the Empire. She employs Brave Vesperia on many occasions. 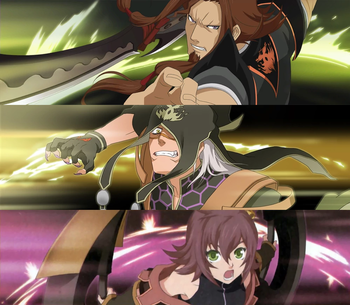 A guild dedicated to ridding the world of monsters. By any means necessary.