The Monster Hunter Online series held many monsters not found in the main series or Frontier, and as such they are kept separate from the main monsters page to keep it from getting any bigger than it needs to be. Subspecies are listed together with their main species.

If you don't see a monster listed here, it's most likely a monster that debuted in the main series or Frontier, in which case you can find it here and here.

Additionally: Some of the names in this page use an unofficial English translation of its official Chinese Name. The name is obtained either by using Chinese translating programs or through previous existing English equivalent terms in the game. The names will be used until Capcom reveals the official English names for them. 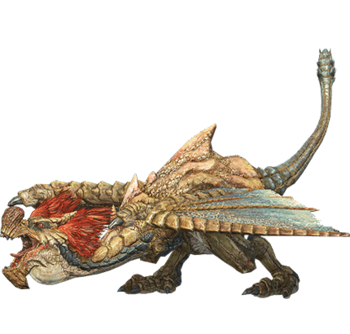 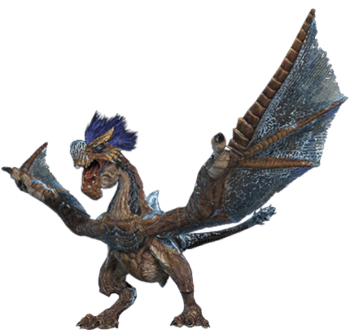 Chramine is a Bird Wyvern that is incredibly similar to the Gypceros but also has many differences. Some of these differences are crimson red hair standing on its head instead of the crest of Gypceros, a different coloration, and a hard shell much like Yian Kut-Ku.
It also has a blue hair Subspecies that attacks using ice to attack. 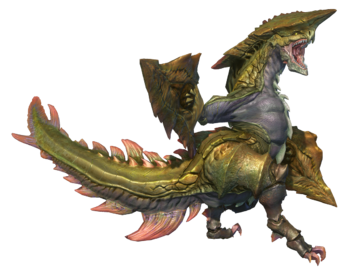 Disaster Wyvern is a unique Brute Wyvern with a body structure not unlike Brachydios. While it is capable of plain old punching, thanks to the ability to produce steam it primarily fights by charging as though it were a steam engine using it's large claws and horns to pierce anyone who is in his way. 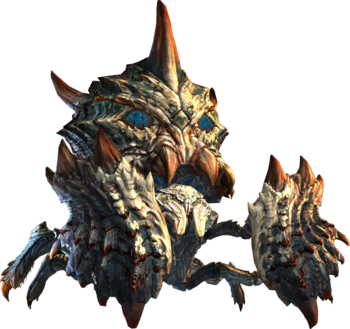 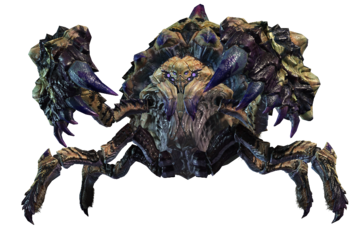 Baelidae is a Carapaceon known for its appearance which more closely resembles a spider than a crab and its large abdomen which resembles a skull. It fights using his large claws and silk to slow down and capture it's prey.
Its subspecies has purple highlights instead of red and adds in the ability to fire webs that can cause Poison and Paralysis to whomever is hit. 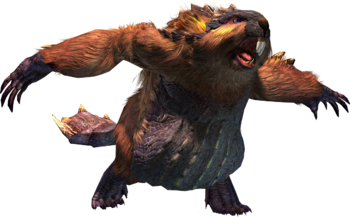 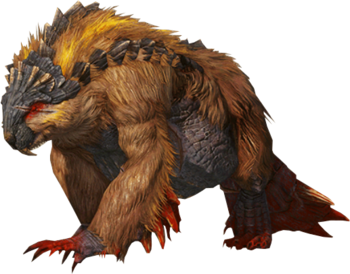 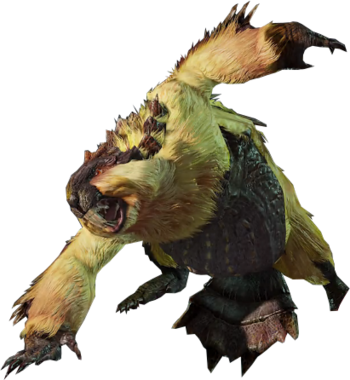 Caeserber is a Fanged Beast resembling what can be described as a literal Beaver-Bear. A territorial creature that fights with sharp claws, bucked teeth and large tail and uses trees and boulders as projectiles.
It has a Variant known as Ghost Caeserber which is much more aggressive and is coated in the blood of his enemies, and a yellow furred Subspecies that adds in mud as a projectile to slow hunters down. 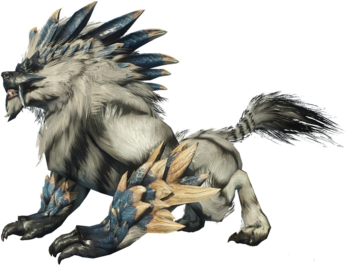 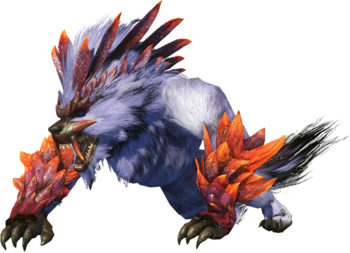 A large wolf-like ape found in tundras and frozen mountains that causes Stabbed status, a precursor to the Bleed status, via the bone protrusions on it's arms. Baffingly it chooses to protect smaller monsters such as Popos and would rather fight monsters that could give it a challenge such as Ice Chramine and Khezu.
It has a purple colored subspecies that can cause poison or paralysis thanks to the large bone protrusions on its arms. 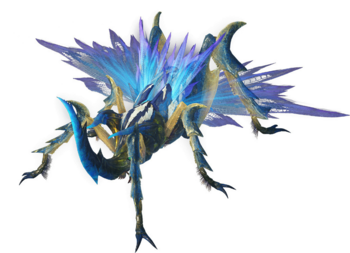 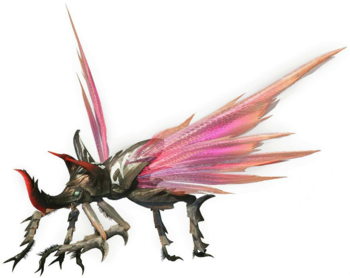 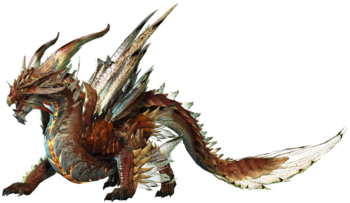 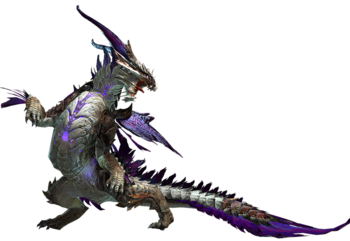 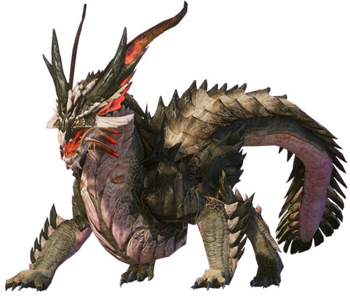 An unknown species of monsters, little is known about its ecology and where it comes from. What is known is that it's a juvenile of a yet undiscovered species of Elder Dragon. It also has an unknown relationship with insects known as Star Butterflies, which help increases Estrellians strength, speed and defense as armour not unlike Zinogre and appears wherever natural disasters appear.
It has a Purple and White colored subspecies which is stronger, faster and more agressive and has a relationship with a slightly different breed of Star Butterflies known as Disaster Star Butterflies.
It also has a Rare Species with an ash-like color scheme and fiery red armor made from Destruction Star Butterflies and when fully charged can manipulate the dragon element. It actively hunts other Estrellians and is believed to be at the precipice of becoming an Elder dragon. 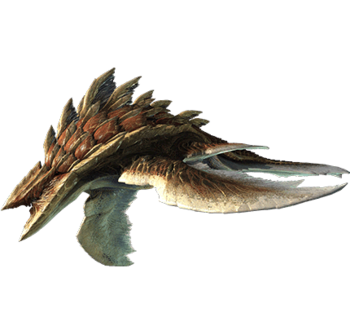 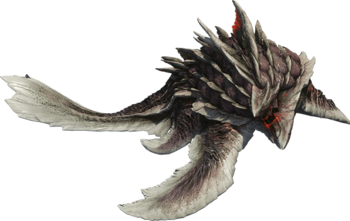 A colossal and highly aggressive sea turtle-like elder dragon that lives in deserts as though they were oceans and can fly thanks to the ability to produce hot air. It is described as a demon that swallows anything that appears near its large desert territory, thanks to it's large flippers it can create large dust devils and can fire huge balls of sand as though they were cannon balls.
It has a Ash coloured Subspecies that resides in volcanoes and blasts Lava as though it were a water cannon. 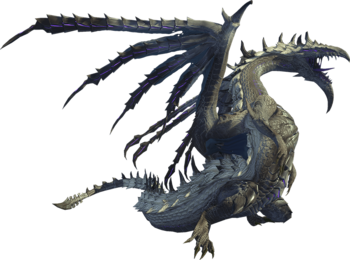 A Dangerous First Class Monster, thanks to an unknown energy within its chest it has the ability to manipulate the Elements of Fire and Dragon which fills in the missing membranes in its wings. It’s very overconfident, easy to anger and commonly fights other Elder Dragons robbing them of their territories.
It has a Variant that has the ability to use all five elements each with its own form and is much larger compared to its nominate counterpart.