Characters / How I Met Your Mother Potential Mothers

Ted's girlfriends who lasted multiple episodes and teased as possibly being the Mother. 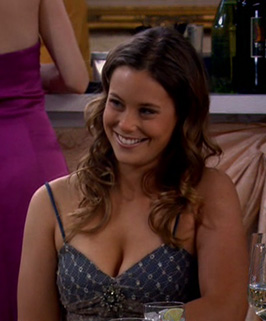 Victoria is the first serious girlfriend Ted gets in the series, meeting at a wedding of Ted's friends and they hit it off. Absolutely enamored with each other she stays around for a half-dozen episodes until she gets a culinary scholarship in Germany lasting two years, they attempted long distance but couldn't keep it together (in part due to Ted and Robin's growing attraction to each other). She returns in season seven as she and Ted cross paths again. 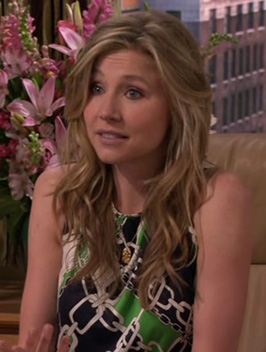 Stella is a dermatologist who Ted visits for the purpose of removing his lower-back tattoo and initially rejects Ted because her life was too chaotic with her daughter Lucy. They grow very close and even get engaged in the fourth season opener. A major kink in their relationship ended up being that Stella has unresolved issues with Lucy's father, Tony. 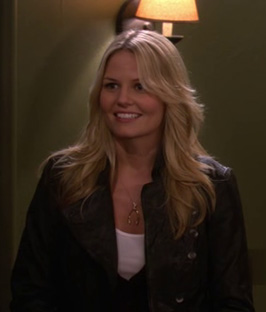 An activist Ted runs into, coincidentally determined to halt the construction of the high-rise building Ted was designing because it would demolish a run-down but unique building in its place. Initially Ted was attracted to her, it turned into a bitter rivalry and eventual friendship. Despite that, he kept his distance because she was married to the wealthy George Van Smoot aka "The Captain," which was eventually allowed to grow romantically when they got divorced.