Characters / How I Met Your Mother Main Characters

The main characters of How I Met Your Mother.

open/close all folders
As a Whole 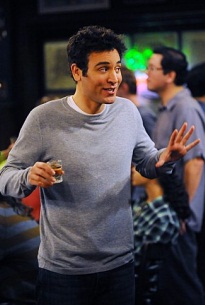 "And that's the funny thing about destiny, you can't plan it out. I never thought I would see that girl again, but it turns out I was too close to the puzzle to see the picture that was forming."

The main character and narrator, starting as a 27-year-old architect and eventually a professor of architecture at Columbia with an excessively romantic disposition, looking for love in New York. This being television, it goes about as well as you'd expect. 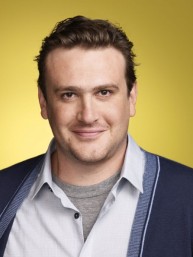 Ted's former college roommate and best friend, a sweet-tempered goofball who makes his way through law school and eventually takes the Bar during the course of the series. In the pilot, he becomes engaged to his girlfriend Lily. They get married later and continue to develop through the series as a married couple, facing many hurdles over time. 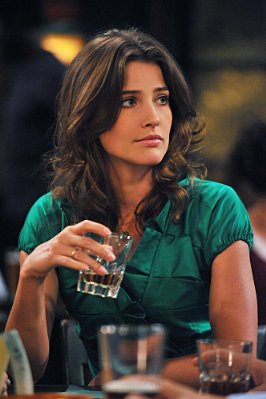 "I come from a culture of hockey players and if a guy can throw down, it's somewhat way hot. And scars… hello! If a guy's got a scar, he's got a Robin and if he's missing his teeth, I'm missing my pants!"

A news reporter from Canada whom Ted falls for at first sight in the Pilot Episode but their inherent differences (Ted is ready to settle down, she is Married to the Job) prevent anything between them at first, although they do explore their feelings for each other throughout the series. Regardless, she mixes in well with the gang and becomes best friends with Lily. Her independent nature gives her a fun mix of geeky/guyness, which has even attracted Barney to her in a real relationship. Her history as a brief Canadian pop star "Robin Sparkles" becomes a Running Gag throughout the series. 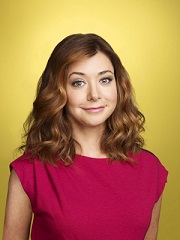 "Today, I yelled at a little girl for painting a rainbow."

An artist and kindergarten teacher with a slightly rebellious streak, who is nevertheless deeply committed to Marshall (who have been together since the first week of college). Together they represent the voice of stable, adult relationships in the series, as the resident Beta Couple. 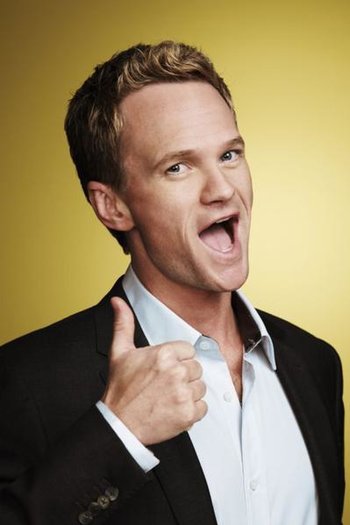 An unrepentant bachelor who is proudly a counterpoint to Lily and Marshall's monogamous bliss. Barney is a business executive who works a high paying desk job, although his exact job is always shrouded in mystery (until Season 9). He is dedicated to a free lifestyle, does exactly what he wants all of the time, purposely does not establish any romantic relationships and makes no apologies for what he is. 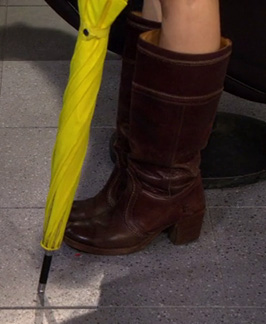 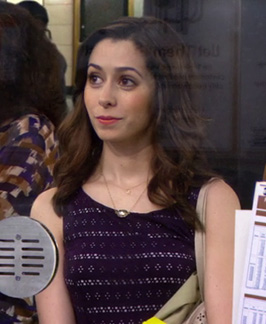 "Kids, I'm gonna tell you an incredible story. The story of how I met your mother."

The woman, Tracy McConnel, about whom Future Ted is telling a story to his kids about, with the story of how they met is apparently one of the greatest stories ever heard. During the course of the series little is known about her and how she fits into Ted's story, with only a few hard facts such as owning a yellow umbrella, being at the same place Ted was at a few distinct moments (a St. Patrick's Day party and Ted trying to teach the wrong class) and that she and Ted met on the day of a wedding. She is eventually revealed in the final season, remaining nameless but peripherally involved with the plot, including some Flash Forwards, saving her and Ted's official meeting until the Grand Finale. 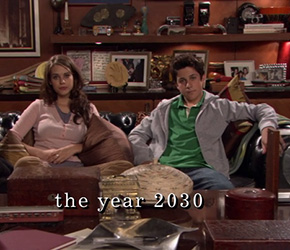 Daughter: Dad, could you please skip to the part where you meet Mom? I feel you've been talking for like, a year...

Ted's kids living in the year 2030. For his own reasons, he subjected them to a lengthy and needlessly detailed tale of how he met their mother. While nameless for the majority of the series, their names were later revealed in "Unpause."