Five Nights at Freddy's Main Character Index
Character-specific pages: William Afton
Animatronics: In general | Games: First Generation, Second Generation, Third Generation, Fourth Generation, Fifth Generation, Sixth Generation, VR Generation, Seventh Generation, Adventure Characters | Novels: Silver Eyes Continuity, Fright Generation
Humans: Protagonists, Instructors, The Afton Family, Other Humans
Miscellaneous: Companies
Advertisement:
When Freddy Fazbear's closed down for good, the horrible events that transpired there became an urban legend, and were burned into the memory of everyone in the surrounding area. 30 years after the chain closed down for good, someone decides to bank on the terror and make a horror attraction based around the legend of the restaurant. It's got everything — original props from the restaurant, bad electric wiring from the restaurant, and even a night guard (based off the restaurant). One day, a week before it opens, the owners even find an animatronic in a sealed room in the diner. They bring him to the attraction, and everything seems to be in order — until he begins moving on his own.

In General
Despite mostly being reduced to props in the horror attraction, some of the Fazbear cast are still around to give you the spooks. However, they cannot actually harm you. Contrary to popular belief, they appear not because of faulty ventilation (the danger mentioned by Phone Dude in Night 1 actually refers to the multiple appearances of Springtraps in the cameras); all of them have different triggers not connected to the ventilation. Upon watching the ending in hindsight, they also serve as a Foreshadowing to the fire that will ravage Fazbear's Fright at the end of the week. Note that despite their inability to kill you, they can certainly give you a good scare and give Springtrap time to get you, as triggering one will disable the audio and/or the ventilation.
Phantom Freddy 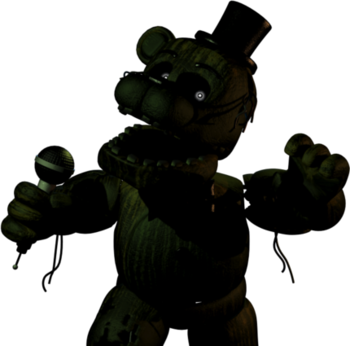 I AM STILL HERE.
Freddy's Phantom counterpart, who shares the same model as Withered Golden Freddy but is supposedly based on Withered Freddy.
Phantom Chica 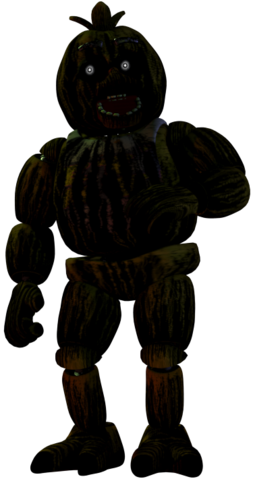 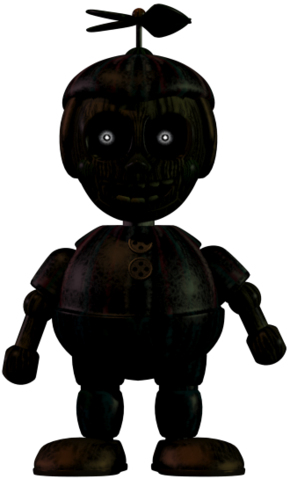 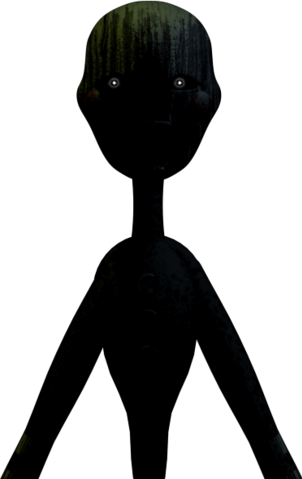 It's all in your mind.
The Puppet's Phantom counterpart.
Phantom Mangle 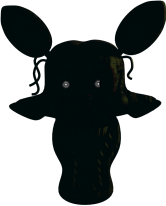 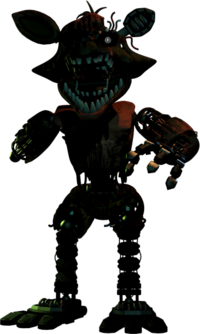