Video Game / The Devil Inside 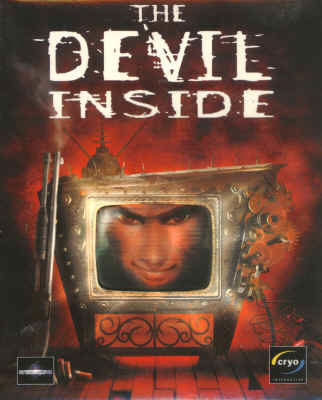 The Devil Inside is an obscure Survival Horror Third-Person Shooter written by Hubert Chardot (who worked on the Alone in the Dark series), developed by Gamesquad, and published by Cryo Interactive on PC back in 2000.

You play as Dave, a Super Soldier-slash-Occult Detective who fights his way through a Haunted House infested with zombies... ON LIVE TELEVISION! That's right, there is actually a cameraman who transmits your exploits live to the studio, an anchorman who keeps commenting on them and cracking morbid jokes, and even a live audience that cheers for you. For extra Fanservice, Dave can at certain points call upon and transform into his eponymous devil inside, the succubus Deva.

It is completely unrelated to the 2012 found-footage film The Devil Inside. Or with the YouTube series of the same name.