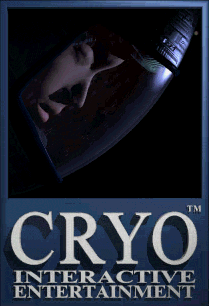 Cryo Interactive was a French video game developer and publisher officially founded in 1990, but they actually began operating in 1989. They were best known for their Point-and-Click Adventure Games, many of them based on popular Science Fiction franchises, such as Dune and Riverworld, though they had plenty of original IPs as well, such as MegaRace and Lost Eden.

Despite releasing multiple successful and acclaimed titles in the 1990s, the studio was hit hard by the financial recession in 2001, and after a string of poorly-received games, the financial failure of their adaptation of Frank Herbert's Dune forced the company to close its doors in 2002.

Another French-based developer and publisher, Microids, acquired Cryo's assets and IPs in 2008, and released many of their games on GOG.com.