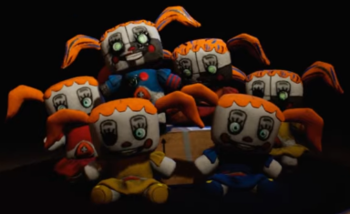 A group of tiny plush dolls resembling Circus Baby. Unlike the rest of the dolls you can find in the game, the PlushBabies are very much alive and ready to attack you.

In Blacklight Mode, the PlushBabies are changed to resemble Scrap Baby. 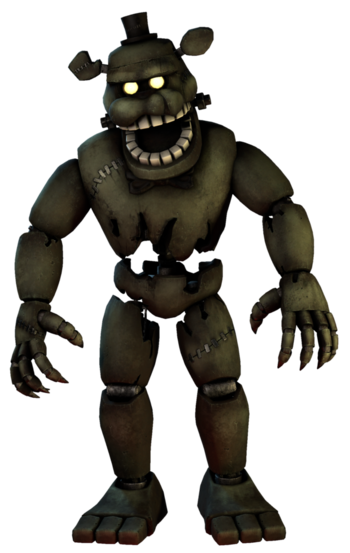 And, at the end of fear... oblivion.
The titular animatronic of the Curse of Dreadbear DLC, Dreadbear is the Halloween variant of Fredbear, being modeled after the Frankenstein's Monster.
Grimm Foxy 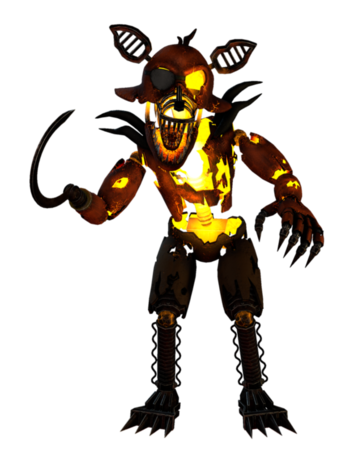 Lali- (Yo ho) ho!
A nightmarish version of Foxy that's on fire, with a sickle instead of a hook.