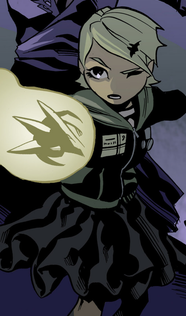 The main protagonist of the series; Courtney's a middle-school student with a loathing for everything in the new town she moves to at the beginning of the series. Everything except her Uncle Aloysius, and the world of magic and monsters to which he introduces her.

Aloysius Crumrin
"It's not even fair that old men like me are forced out of their comfortable sitting rooms and into the cold night. Life is often entirely unfair. But it beats the alternative."
"What alternative?"
"Exactly." 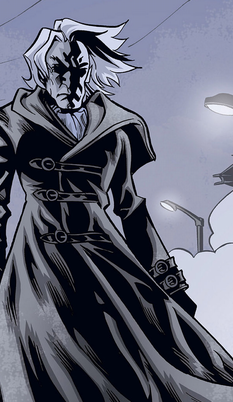 Courtney's uncle (or was it ''great'' uncle? Or great-''great'' uncle...) was a retired warlock who resided alone in his home in Hillsborough until he began to draw suspicion from the local Muggles. After inviting his unsuspecting nephew and his family to live with him under the pretense of his old age, Aloysius's heart is quickly melted by Courtney and he begins mentoring her in lessons of life and wizardry. 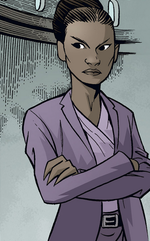 Courtney's school teacher and long-time friend of her Uncle Aloysius. A strict disciplinarian, Courtney initially wants nothing to do with Ms. Crisp until she learns that she too is a witch. Calpurnia slowly but surely becomes a beloved second mentor to Courtney.

So much so that upon a warrant being placed for Courtney's arrest, Calpurnia risks losing her magic and memories to keep her promise to Aloysius to protect her. For her efforts, she is defeated by Aloysius himself, and has her memories wiped by the Council of Mystics.