The Ghost of Duke Ellington

The Ghost of Duke Ellington 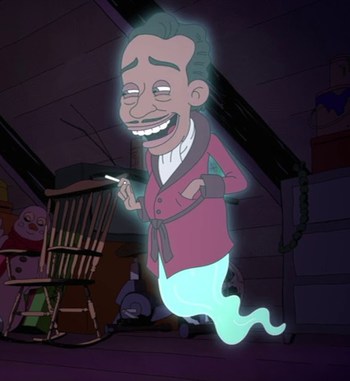 The spirit of Duke Ellington living in the attic of the Birch household, where he died. Andrew and Nick often go to him for advice, which he gives with convoluted and bizarre analogies to his life.

Jay's pillow, whom he has sex with.

The manifestation of Missy's self-loathing.

Suzette is a motel pillow and Brad is a couch cushion. Jay has sex with both of them.

Voiced by: Kristen Wiig
Jessi's vagina which often talks with her.
Cellsea

Leah's old iphone who gets handed down to Nick.