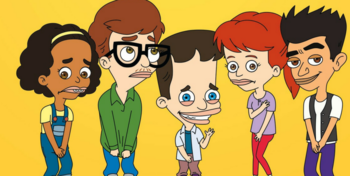 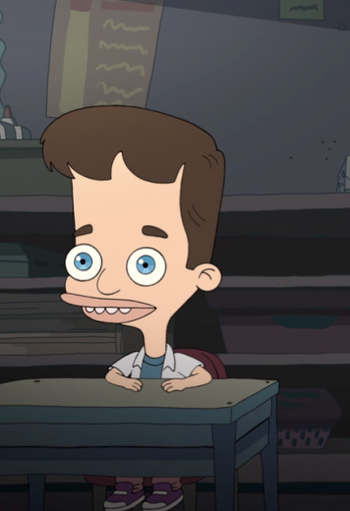 The main character. Nick is the youngest member of the group and still hasn't reached puberty, feeling somewhat left out. He is level-headed, intelligent and witty, however, he does has a tendency to be a jerk sometimes, especially in relation to Andrew. 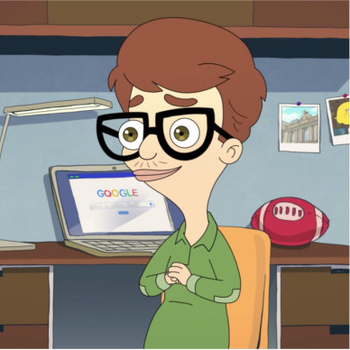 "You know, I forget, but I don't forgive."
Voiced By: John Mulaney
"The uterus? I thought girls had vaginas."

Nick's best friend, a nerdy kid who's just hit puberty and exploring himself, with the often unwanted assistance of his Hormone Monster. 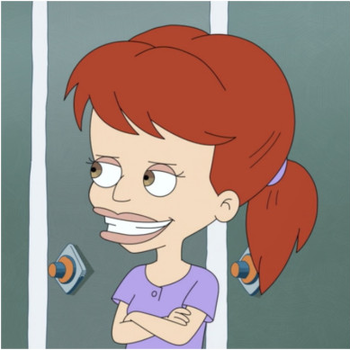 "How come in all these videos, puberty for boys is like the miracle of ejaculation, and for girls, we're just a yarn ball of aching tubes?"
Voiced By: Jessi Klein
"If you're here to tell me how awful it is to be a woman, the Statue of Liberty and my mom already covered it."

Andrew and Nick's old time friend. She is a snarky, intelligent girl who recently reached puberty. She is having a hard time adapting herself to womanhood and her difficult home life with her parents always fighting. 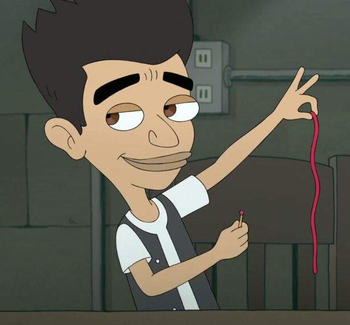 "Whether sick or tired or uninspired, you still gotta bring the bone!"
Voiced By: Jason Mantzoukas
"Magic is not gay! It transcends sexuality!"

A friend of the group, who has a father with infamous quotable commercials. He seeks to be a magician and is eager to bond with his friends due to a troubled home life. He is also known by his friends as a sex deviant. 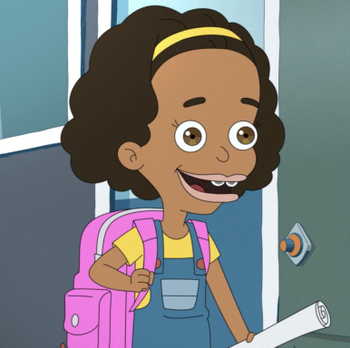 A shy and nerdy girl from school. Missy is sweet and kind to everybody and very interested in her studies. She also has a condition that makes her over active if she consumes sugar. During Season 1, she and Andrew both crushed on each other, only to break it off later in the season. 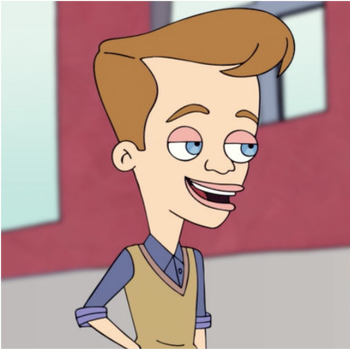 "Sometimes being a man means putting the ones you love first, and sometimes it means owning up to your mistakes. Not all men value the same things, and that means you can be any man you want. All you need to do is figure out who you are and be true to yourself."
"I can't believe I'm in seventh grade and already over high school. These fucking people."

An openly gay classmate of the main characters. He's the bitchy host of the school morning news who loves to fuel the fires of personal drama to everybody.