Voiced by: June Diane Raphael
"Well, I'm sorry you're all such beta bitches. And for your 4-1-1-formation, you don't know how tough it is to be in charge!"

The most popular and self-acclaimed prettiest girl in school. Devin is a somewhat bitchy girl who dates DeVon and is best friends with Lola.

Voiced by: Nick Kroll
"That's funny! We can say terrible things to each other because we are so close!"

Devin's close friend and her right hand woman. She is always following Devin and hates when she hangs out with other people or seeks other friends.

Voiced by: Joe Wengert
"Hi. You're looking at me. How tall are you? There's a monster next to you.﻿"

Caleb is one of the members of the jazz club and is usually seen with Missy and Lars. He also carries around a yellow roly backpack and also works with Matthew as cameraman for his School News channel.

Voiced by: Jak Knight
DeVon was Devin's trophy boyfriend in Season 1, but splits up with her for Gina in Season 2. Despite being 13, he suffers from arthritis.
Lars

Voiced by: Neil Casey
"It's not all bad. We can do Disney World in like, an hour and a half."

A handicapped boy who hangs out with Missy and Caleb.

A kid who runs around in the background sucking on a tube of gogurt.

A dim-witted boy with a deep voice and an "ugly attitude" according to his mother.

A rather quiet classmate that many of the girls consider one of the most attractive boys in the grade behind DeVon. 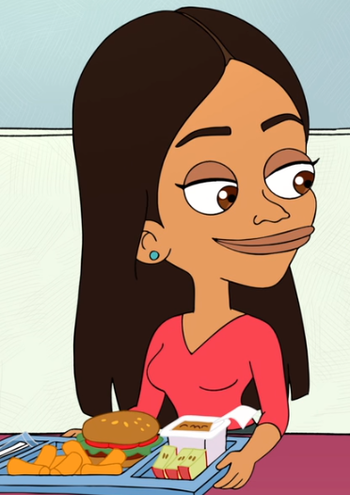 "Do you want me to kick your ass again?"
Voiced By: Gina Rodriguez
"He told me I was a slut. In fact, you all did."

A classmate who developed earlier than the other girls.

A pair of identical Dutch twins. 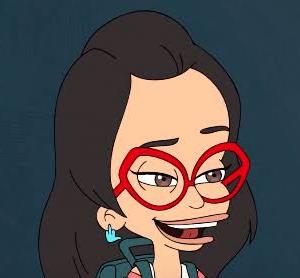 A new student who is pansexual.

A pair of seventh-graders that Nick and Andrew try to date.

The star of the school's drama club. Daniel is an eccentric and upbeat men who easily charms Nick's older sister Leah in a party.

A high school freshman who hits it off with Nick. She is rumored to have amazing oral skills. 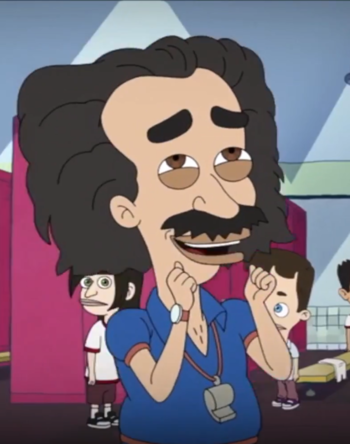 "I can't believe you're putting me in the Friend-Zone! That's like the Number 1 zone!"
Voiced by: Nick Kroll
"I'm what's known in the medical community as a man baby."

The loud, bumbling, but well-meaning gym teacher. Even after getting fired at the end of Season 2, he continues to interact with the main cast.

A much less awkward teacher.

The principal who has less than a year left until retirement.

Voiced by: Adam Scott
A substitute drama teacher who Andrew becomes too attached to.