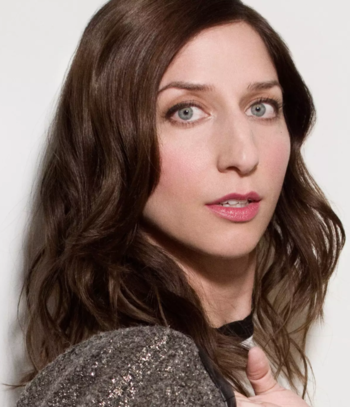 Peretti is perhaps known for her role as Gina Linetti on the FOX series Brooklyn Nine-Nine, opposite childhood friend Andy Samberg. She also appeared on New Girl as the same character, during their shared crossover episodes in 2016.

Outside of acting, Peretti is also a television writer, having worked on shows like Louie, Parks and Recreation, and Saturday Night Live.

Peretti is a frequent podcast guest as well, and has been hosting her own show —Call Chelsea Peretti— since 2012.

She has been married to actor and comedian Jordan Peele since 2016. Her brother Jonah is the founder and CEO of Buzzfeed, and is widely credited as having developed reblogging technology.