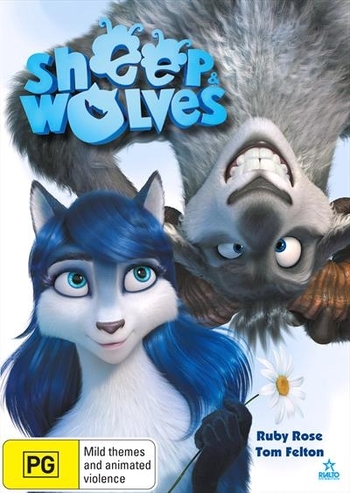 Sheep & Wolves is a 2016 Russian computer-animated film directed by Andrey Galat and Maxim Volkov, and produced by Wizart Animation of The Snow Queen fame.

The film centers around Grey, a foolish wolf who, in an attempt to change himself, ends up transforming into a sheep after drinking a potion.

A sequel titled Sheep & Wolves: Pig Deal was released in 2019, in which Grey and his friends have to defend their home from rival wolves, while Grey grows into his new leadership position.