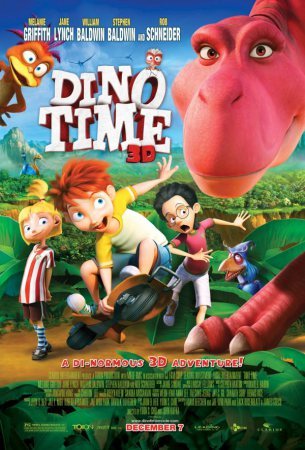 "I guess I better scrub the floors."
Dino Time (also known as Back to the Jurassic in the United States) is a South Korean/American CG animated film first released in 2012.
Advertisement:

Ernie Fitzpatrick, his sister Julia and his best friend Max accidentally activate Max's father's time machine and are transported back to the days of dinosaurs, landing in the nest of a mother Tyrannosaurus named Tyra who adopts them.