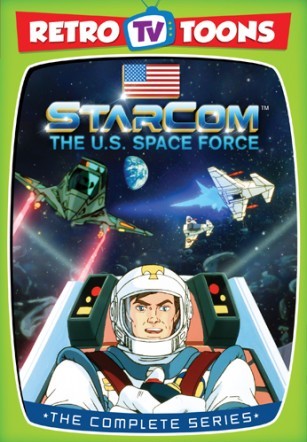 StarCom: The U.S. Space Force was a toyline and short lived cartoon made in 1987 about an astro-brigade operated by the US, to counter the evil Emperor Dark and his Shadow Force. Behind the scenes however, the toys, which made use of magnets instead of molded-in pegs and holes, were more popular in Europe and Asia then in the US, where the Young Astronaut council hoped it would get kids interested in the space program.

StarCom: The US Space Tropes: