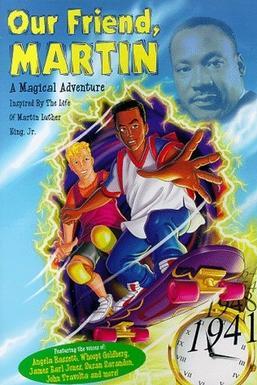 Our Friend, Martin is a Direct to Video film released by DiC Entertainment in 1999. A boy named Miles is doing none too well at school, and unless he improves his grades, not only will he have to repeat the 6th grade, but his mother won't let him play baseball. One day, while with his class on a field trip to a museum, he and his friend, Randy, come across an artifact that takes them back in time to meet one of history's greatest icons, Dr. Martin Luther King Jr.