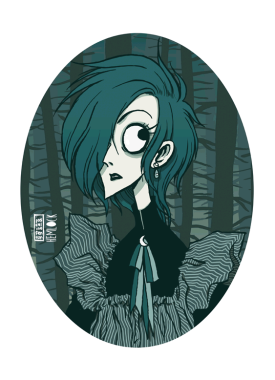 I will show you fear in a handful of dust...
Hemlock

is a black-and-white webcomic by Josceline Fenton. Set in the forests of Scandinavia in the 1800s, it follows the story of Lumi, a young witch who, by a string of bad luck, has found herself tied up in the events of the Witches' Court, and the story of Tristan, a poor peasant boy, who, through a series of unfortunate accidents, ends up being her familiar.

Updates every Friday, usually several pages at a time.