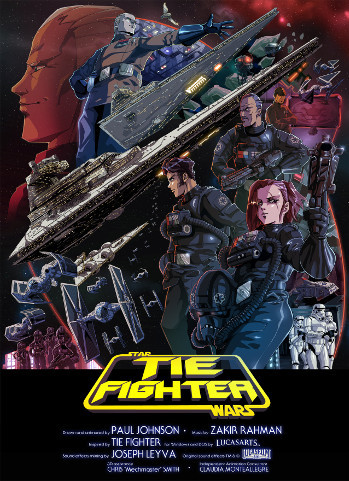 Evil has never looked so cool.

TIE Fighter Short Film is an animated short Star Wars fan film, depicting a space battle between the Empire and the Rebel Alliance from the Imperial TIE pilots' point of view. It was made by Paul "OtaKing 77077" Johnson and features a soundtrack by Zak Rahman.

A two-minute preview was first posted in 2012. The full film went online in 2015, with a completely new soundtrack.