Web Animation / Through the Woods 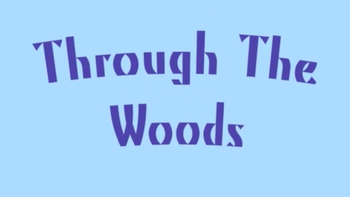 Through The Woods is an Object Show created by ClumsyCaterpillar, with the first episode released on December 15th 2012. As of 2020, the series has 8 episodes. A Sneak Peek of episode 9 has been released, but the release date is unconfirmed.

Unlike other object shows, Through The Woods is a musical, which means that there is at least one original song in most episodes. Also, the competition part of the object show begins on episode 5.

Not to be confused with the video game or the comic book of the same name.

Through The Woods provides examples of: