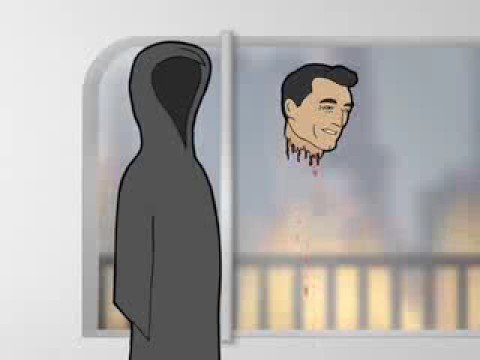 This could be serious. Like AIDS serious.
The Cloak is an original web animation created by the master of random comedy, Jason Steele, at FilmCow Productions. The plot is pretty simple: the Cloak (self described "private investigator and life-long fighter of the international Communist conspiracy") teams up with his sidekick, the disembodied head of film-noir legend Robert Mitchum. Together, they set out to destroy the evil forces of Communism, as well as many innocent bystanders.Click here to watch the video...