Video Game / The Wheel of Time 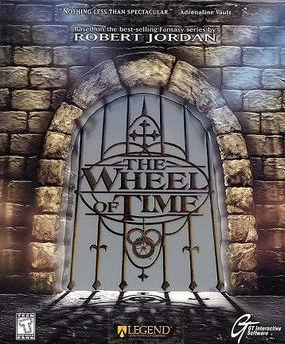 The Wheel of Time is a 1999 video game based on the popular series of high fantasy novels of the same name and developed by Legend Entertainment, who had previously developed Unreal's Return to Na Pali expansion pack and would go on to develop Unreal II: The Awakening. Instead of attempting to adapt the books into game form, the game instead tells an original story set in the Wheel of Time universe, taking place a few centuries before the events of the books. The story follows the adventures of Elayna Sedai, an Aes Sedai librarian whose journeys bring her into conflict with the force of the Dark, Shadar Logoth, the Whitecloaks, and even Ishamael himself.
Advertisement:

The game uses the Unreal engine, with gameplay that is extremely similar to that game, including the way enemies move and attack. Elayna cannot channel the One Power, so instead she uses an arsenal of Ter'angreal artifacts that allow her to cast a variety of spells.

The game's multiplayer component is based around a capture the flag mechanic, in which each of the 4 players has their own fortress guarding a cuendillar seal. Players can equip their fortress with traps and computer-controlled allies, and must raid each opposing player's fortress to obtain all 4 seals.

After over 22 years of being unavailable digitally, the game was re-released

on GOG.com in April 2022 with the aid of Nightdive Studios.